The current performers of Gafael Tir are Owen Shiers and Gwilym Morus-Baird. We also include guest performers as part of the show from time to time.

The format is based on the same concept as Three Acres And A Cow, a show exploring the history of land rights and protest in England. The creator of Three Acres, Robin Grey, has also been working closely with us, lending his invaluable experience, passion and expertise. 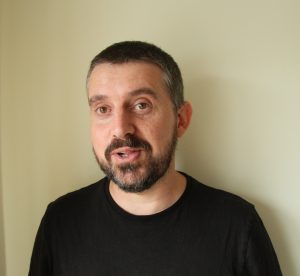 Gwilym Morus-Baird went to college in 2002 to study Welsh literature and left in 2012 with a doctorate in Medieval Welsh poetry. Since 2014 he has been fulfilling creative commissions and running online courses on Welsh mythology.

Along with other members of the Welsh music industry he is a founder member of Eos – The Broadcasting Rights Agency for Wales. 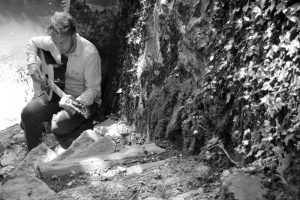 Owen is a native of Ceredigion, West Wales and grew up immersed in Welsh music – from the sonorous melodies emanating from his father’s harp workshop to school life and festivals such as the Eisteddfod and Cnapan.

Since graduating with a music degree from Bath Spa University, Owen has been plying his skills all over the world as a composer, producer/engineer and performer. His compositions have been used by the BBC, Channel 4 and CNN and he has toured with artists such as Cimarron, Asere and Totó la Momposina. He has also worked at Peter Gabriel’s Real World Studios.

More recently he has been returning to his Welsh roots, immersing himself in his local culture and completed a scholarship backed by the Gerald Finzi Trust to research the lost folk music and untold stories of Ceredigion. The resulting material has formed the basis of his ‘Cynefin’ project which he has been performing across the country as well as running workshops. The project was nominated for an award at the recent Welsh Folk Awards and ‘Welsh Album of the Year 2020’ at the Eisteddfod. 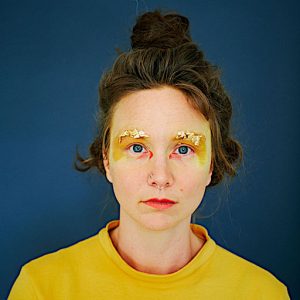 From studying Theology and Religious Studies at Cambridge to living with indigenous tribes in Brazil, Bethan has been exploring the otherworldly nature of voice on and off stage since her childhood in Wales.

Her exploration has included training as a classical singer, performing and living within the experimental scene in Berlin and learning with both shamans, masters, and the wordless ancient teachings of the natural world. Her most inspiring retreat was a month in solitude with only her voice overlooking the sacred Island Ynys Enlli.

Spending long periods of time in nature has given Bethan the opportunity to delve deeper into her life long experiences with the ancestors, the otherworld and ritual practice. She has been fortunate to teach voice at some of the best earth-based-practice schools , the highlights being Cae Mabon and on ‘The Descent’ and Kith & Kin at Embercombe.

Bethan has worked as a composer, television reporter and as a performance artist. She plays as a part of the ritualistic beats duo Jet Pack Dog with Isaac Ray and ecpereimental voice project in SoundingBody. Bethan has performed solo across the globe and currently have three solo releases; Sacrificial Scribbles, Muesli Mode and Vessel, with a brand new album on the way this year.